Relaxation For Your Specific Needs & Preferences

Using his blueprint as a template, you will harness your own change of habits and simple, self-care practices. These practices cover the six essential pillars to resolving the underlying cause of your health problems; these include aesthetics / fitness, brain (nervous system), detoxification, glands (hormones) / organs, nutrition, and soul.

YOUR BLUEPRINT FOR SUCCESS!

Discover the road map to recovering from the effects of bad habits, bad information, and poor choices that are holding you back from a more fulfilled, optimized, and persistent lifestyle and have been speeding up your aging process.

Our programs are designed to correct the underlying cause(s) of your chronic conditions or symptoms. This is quite different from the traditional medical model of treating symptoms. Dr. Grossgold’s program is built on a foundation of scientific research that hasn’t been mangled by government bureaucrats, lobbies, or special interests, and is easy to follow.

Dr. Grossgold’s understanding of both traditional and alternative therapies allows him to provide care that is healing-oriented and centered around each patient.

Dr. Grossgold is originally from Bogota, Colombia and grew up in North America, South America, Europe, and Israel. His father was Colonel Efrain Diaz Valderamma, who ran for president of Colombia in 1998, and his mother, Niliha, is an artist of Lebanese-Jewish descent.

Dr. Grossgold was inspired to join the military at a young age, but also wanted to be a doctor. So, at just 16 years old, he served in the United Nation’s Multinational Force and Observers stationed at the Sinai Peninsula, and later graduated from the New Granada Military School of Medicine at the age of 23.

There are no upcoming events at this time.

Due to the widespread effects of the 2019-2021 coronavirus (COVID-19) pandemic, until recently, the Grossgold Clinic had made the difficult decision to postpone all upcoming, in-house events. It is still our mission to keep all of our patients as informed and up-to-date on the happenings of the coronavirus as possible. We continue to pray for the health and safety of everyone, and we offer you this message of hope in such a trying timing.

“Doctor Grossgold is excellent and very kind. The staff is very professional and patient. If you are not aware of Ketamine treatments, please get informed, you might know someone who is suffering from depression, ptsd, etc.” 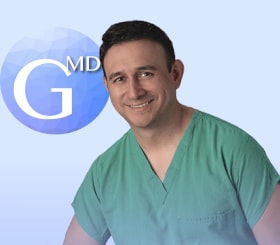 “I made my first visit to Grossgold Clinic yesterday. I absolutely loved Dr. Grossgold and his staff (especially Susan!). I would give this clinic a hundred stars if I could. The most caring and kind people that you will find anywhere! Dr. Grossgold is an exceptional doctor and human being. Honestly, I can’t say enough good things about him!”