Please note that before any scheduled appointment(s) for peptide treatment begin, you are required to be medically evaluated by one of our practitioners at the Grossgold Clinic. This evaluation can be completed the day of your appointment(s). Remember, if you have any medical conditions that are contraindicated to receive peptide therapy, your treatment may be cancelled.

For more information on peptides, particularly the updates to therapeutics, click here to access a document regarding growth hormone and therapeutics from Wells™ Pharmacy Network. 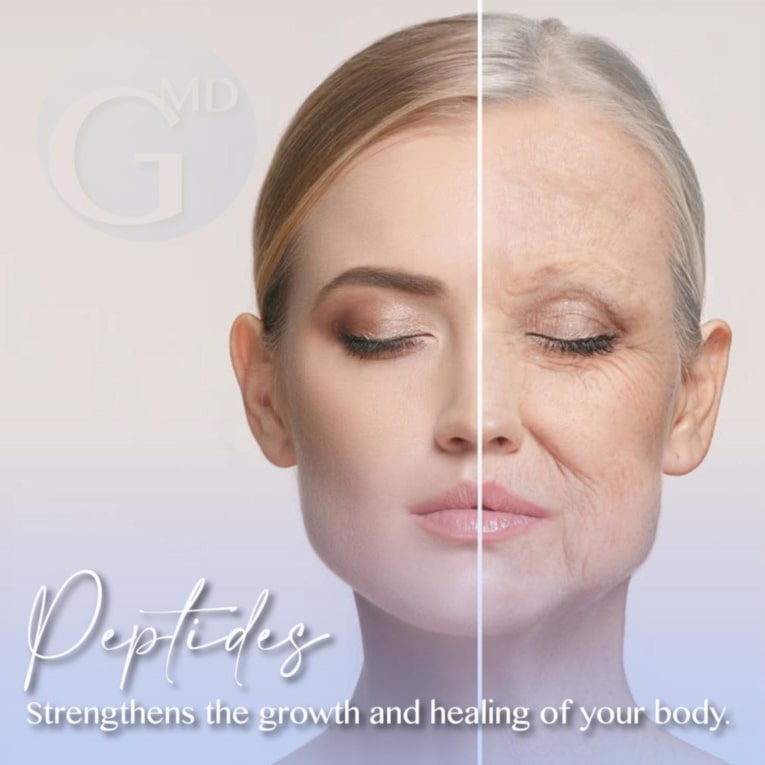 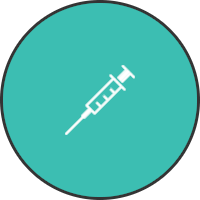 Action of GHRH is counteracted by somatostatin (prevents GH release).

GHRHs increase levels of GH and IGF-1 – they act back on hypothalmus to stimulate somatostatin – for BALANCED HORMONE PRODUCTION.

GHRHs stimulate pituitary to produce and release GH into bloodstream.

(capable of producing more than one benefit / effect)

Have Direct Effect On Cells

Significant Down Regulation Of Inflammatory Response

All peptides obtained from the same precursor of ghrelin amino acid chain.

Ipamorelin is a growth hormone releasing peptide (GHRP). Ipamorelin increases the release and stimulation of growth hormone (GH) from the anterior pituitary and suppresses somatostatin. GHRPs increase release of hypothalamic GHRH in part by helping to overcome the diminished secretory capacity of the release neurons, which diminishes due to oxidative damage as the body ages.

Ipamorelin therapy can help increase mental clarity and vitality and improve many of the unwanted health issues associated with aging. It has demonstrated good safety and tolerability in human clinical studies.

Human growth hormone is naturally produced in the pituitary gland and plays a vital role in cell regeneration, growth, and maintaining healthy human tissue, including that of the brain and various vital organs. The pituitary releases growth hormone in pulses at regular intervals over 24-hour cycles. The frequency and strength of these pulses is highest at around age 20 and then begins to decline, decreasing by 15% per decade starting at age 30. This slowdown can lead to elevated cholesterol levels, low libido, poor sleep, reduced bone density, sluggish metabolism, the loss of lean muscle mass, and weight gain.

Ipamorelin is a growth hormone releasing peptide (GHRP). GHRPs naturally stimulate the body to increase the pulse frequency of growth hormone release, similar to when the body was younger. GHRPs increase the release of hypothalamic GHRH in part by helping to overcome the diminished secretory capacity of the release neurons. The secretory capacity becomes diminished due to oxidative damage as we age. Ipamorelin does not stimulate the appetite like the peptide, GHRP 6, has demonstrated good safety and tolerability in human clinical studies, and increases nitrogen retention. Ipamorelin does not create cortisol or prolactin and even at higher doses has been shown to stimulate a large release of growth hormone without receptor desensitization.

Ipamorelin + Modified GRF (1-29) work together synergistically. The goal of administering them after combining the two on a daily basis is to stimulate the patient’s body to increase both the frequency and strength of growth hormone pulses, thereby creating a more effective, natural, and youthful cycle of growth hormone release. Ipamorelin’s half-life is approximately two hours, and Modified GRF (1-29) has a half-life of approximately 30 minutes. The short half-life of this combination product is considered more natural as it stimulates a strong pulse of human growth hormone that is more similar to the body’s natural release patterns.

Advanced peptide therapy with Ipamorelin + Modified GRF (1-29) can help increase mental clarity and vitality and improve many of the unwanted health issues associated with aging.